ICC: No Standing. No Jurisdiction. No Case.

The International Criminal Court (ICC) was established as a court of last resort to try the perpetrators of some of the world’s worst crimes. It has been widely recognized that the ICC has no jurisdiction over Israel. Any other conclusion is the outcome of a politicized process which upholds a wrong interpretation of international law. 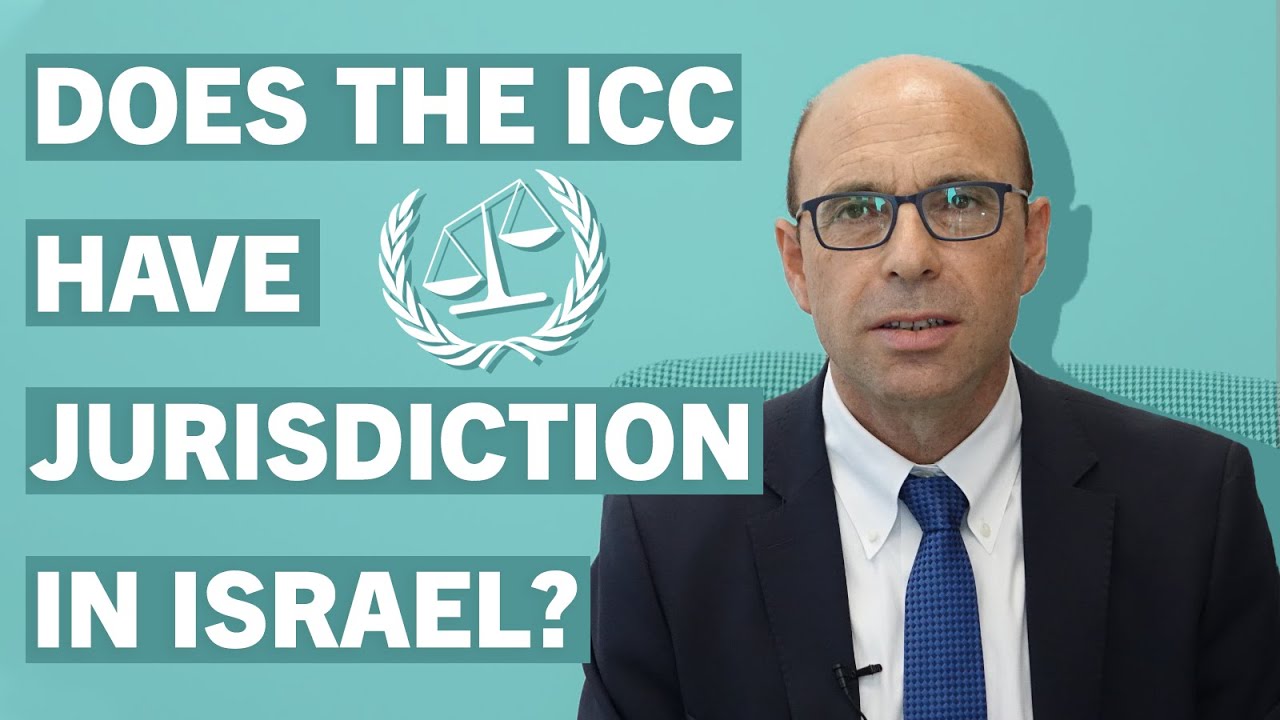 The idea was not that the ICC would go after the great democracies of the world which have fully functioning, autonomous, independent legal systems. The ICC was meant to go after those legal black holes, where there is really not accountability. 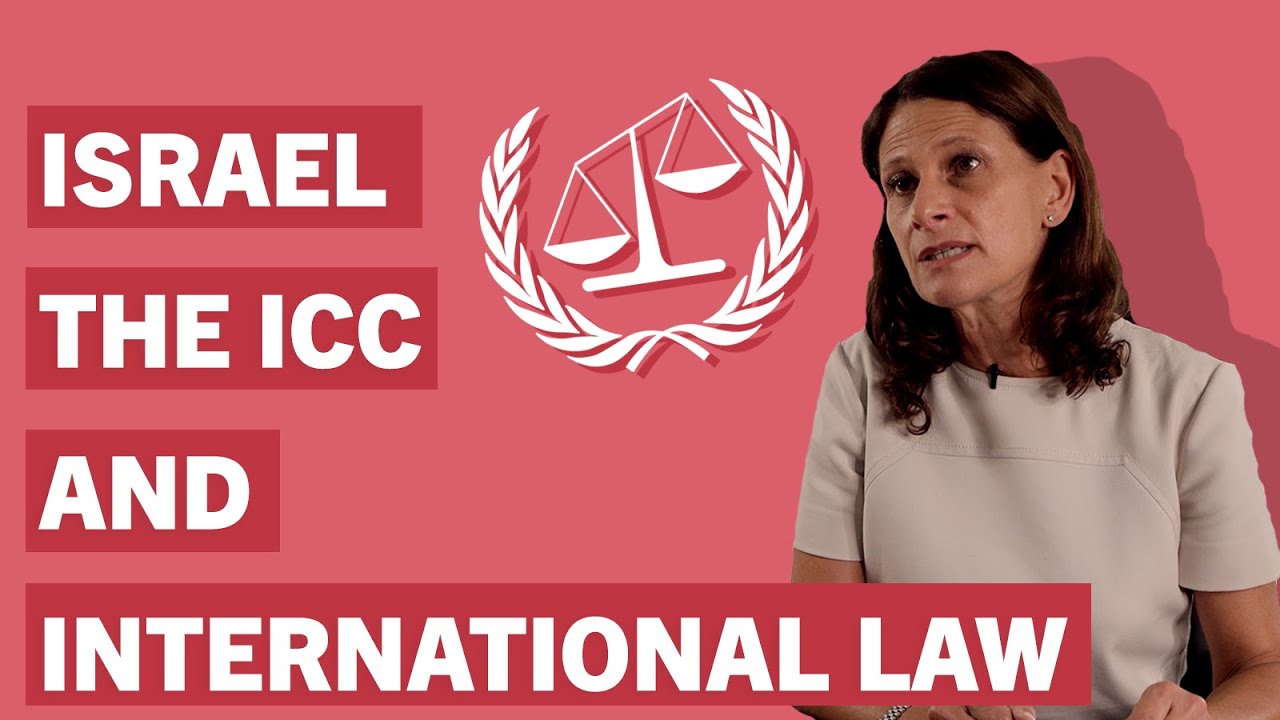 The weaponization of international law and human rights actually prevents any country from being able to address terror in any way, shape or form, whether it’s a terror organization, individual or regime 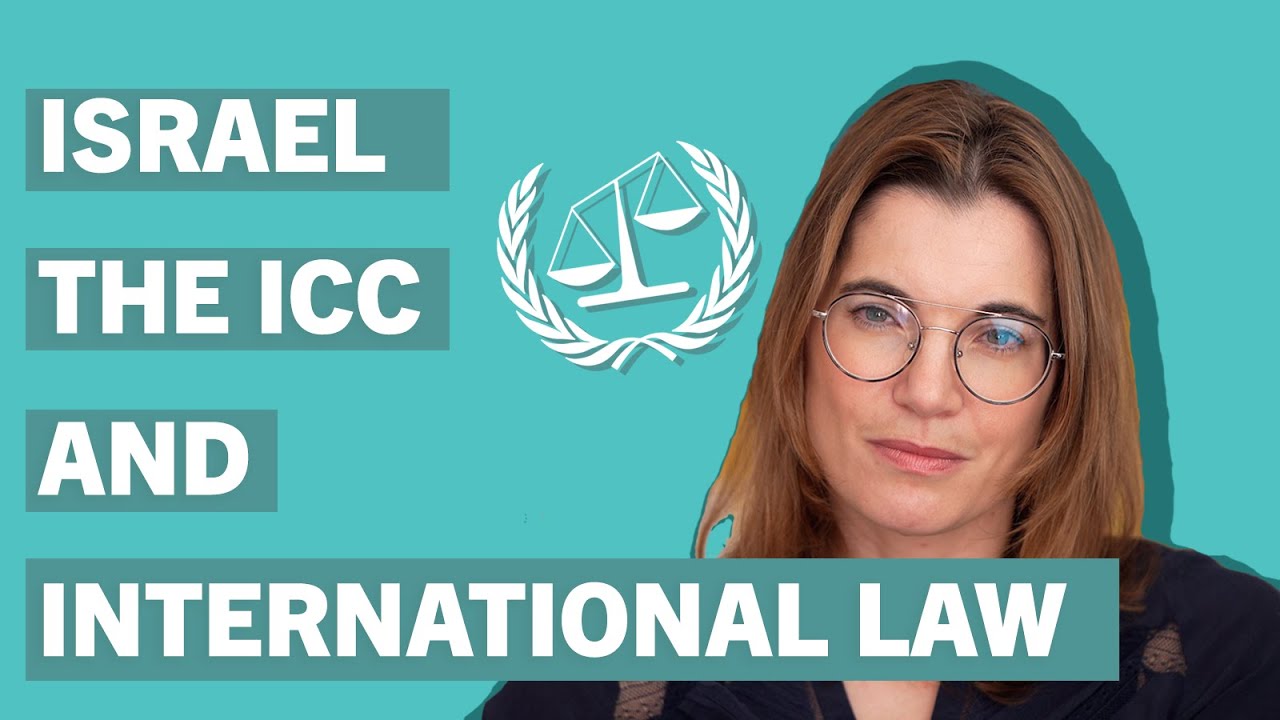 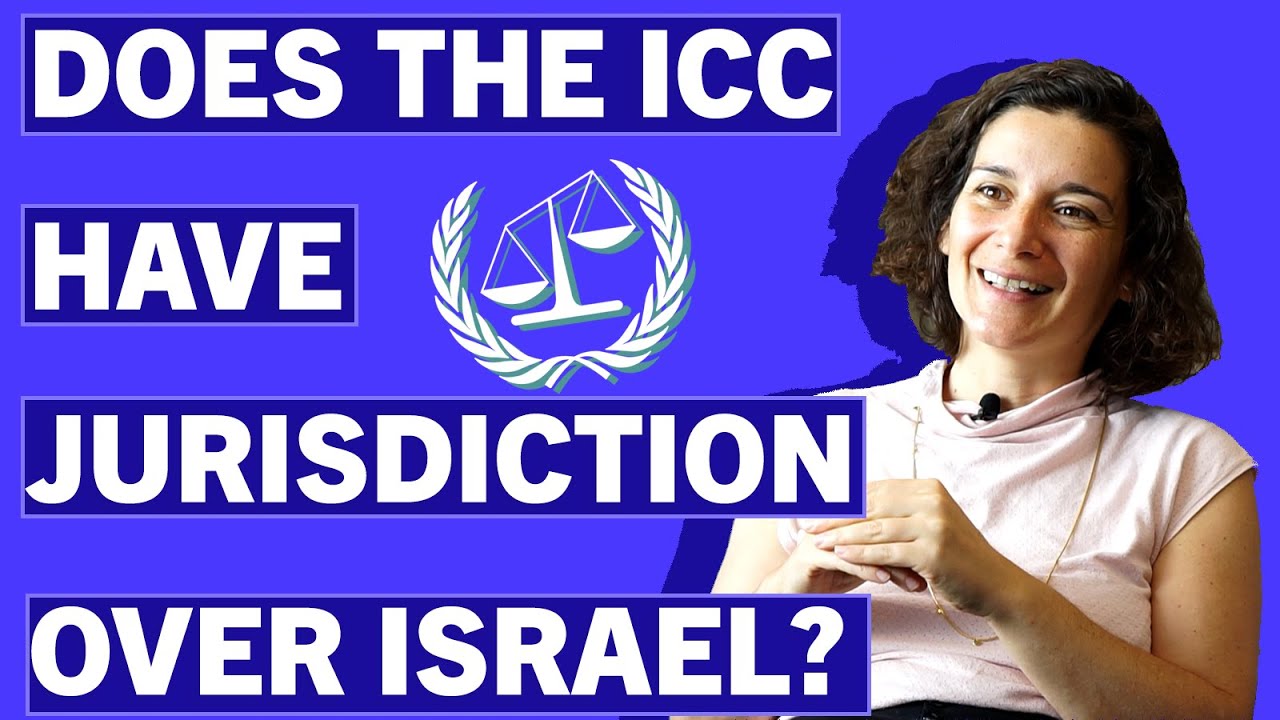 My belief is, that if you are a practitioner of international criminal law, you cannot accept the jurisdiction in the Palestinian situation […] the way to keeping away from arbitrary is to set the rules from the start, ex ante, and then apply them. And not to reformulate as we go along. That’s not justice. 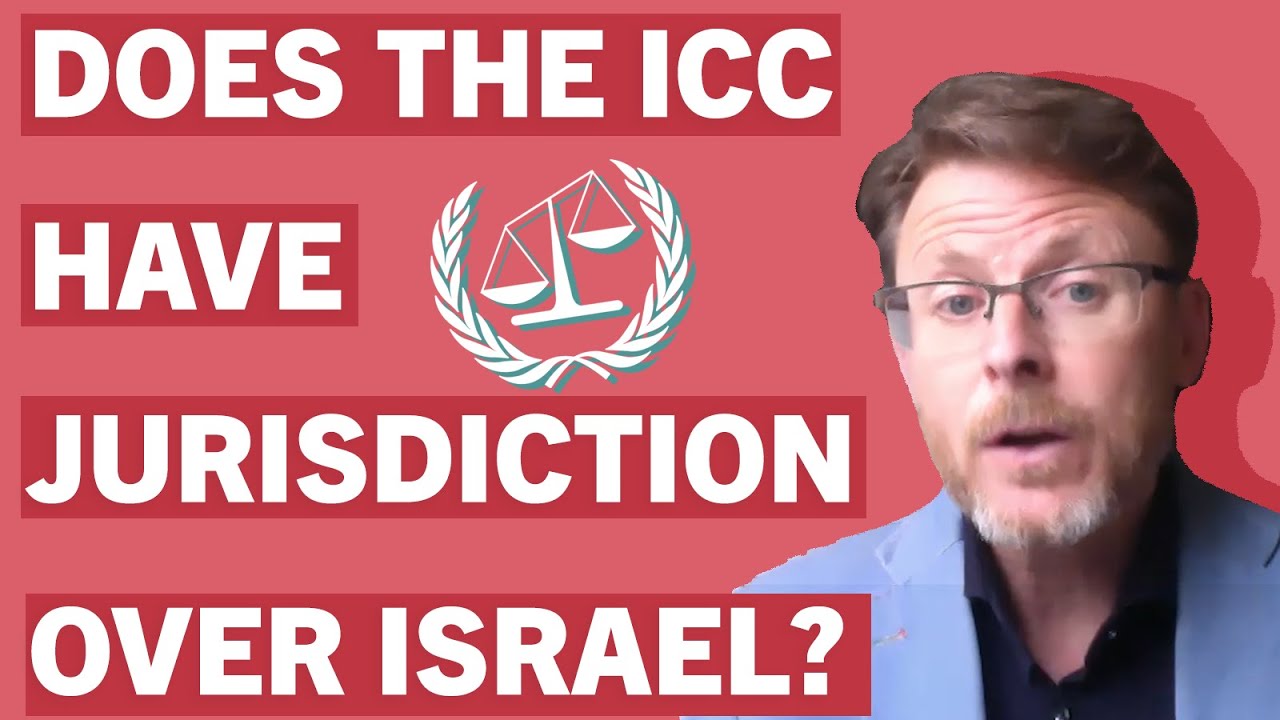 The ICC was set up to bring criminals to justice. That’s its job. It should not be making determinations about statehood and territory of states.

Director of The Hague Initiative for International Co-Operation 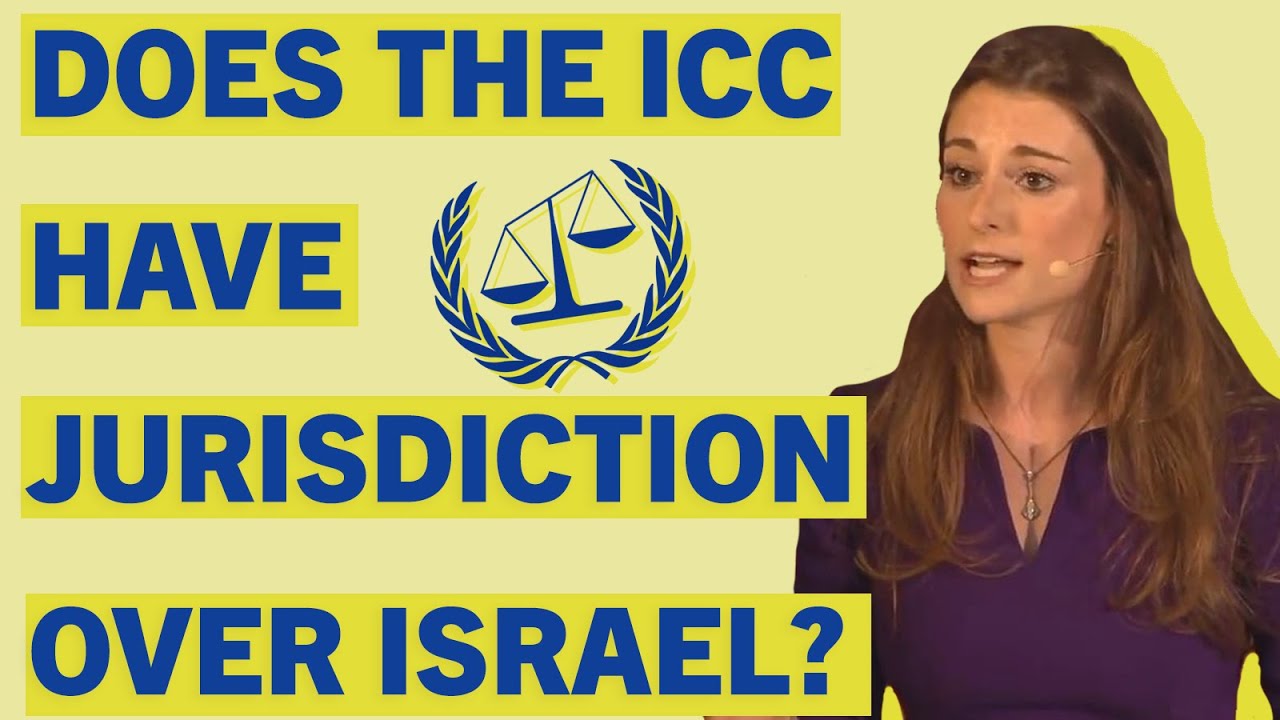 We are witnessing the weaponization of international judicial bodies. It is something which ought to concern all human-rights-protecting democracies around the world. Because the double standards which start with Israel are unlikely to end with Israel.

at Six Pump Court Chambers in London, United Kingdom and a Director at UK Lawyers for Israel 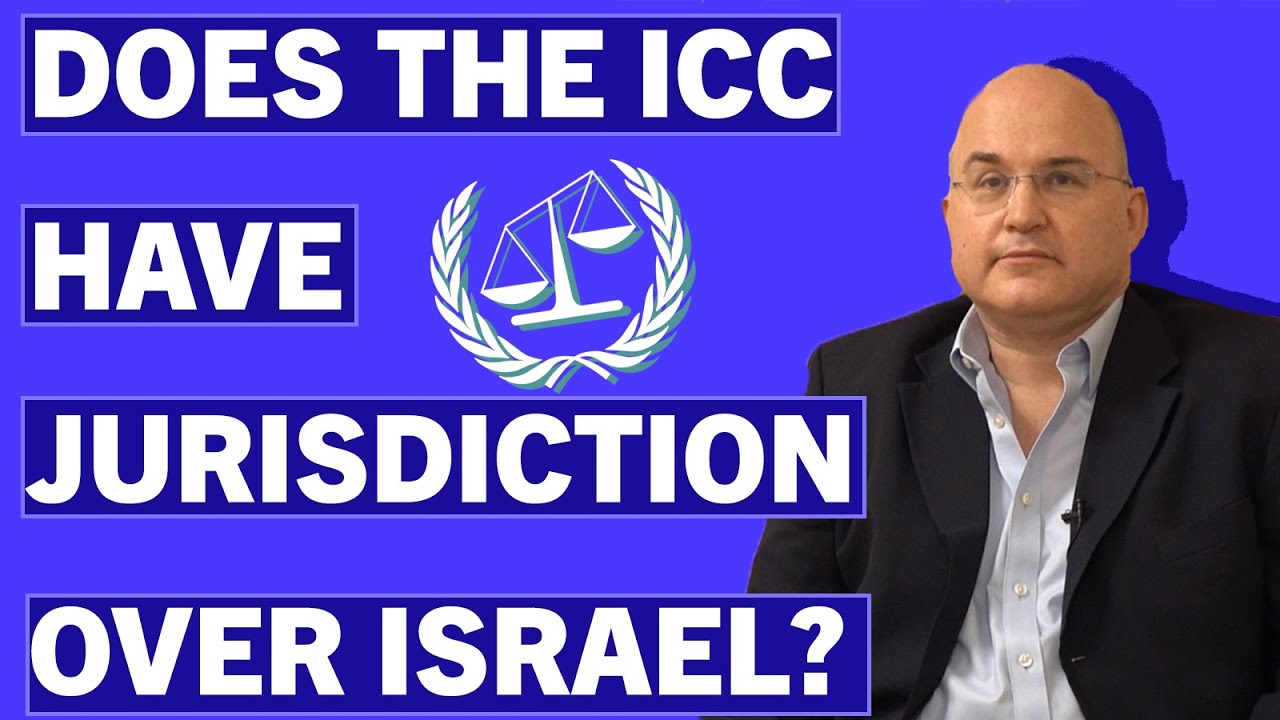 This case will probably be one of the most important cases, in identifying the direction that the Court is going to go – is it going to retain professional objective position or is it going to become a more political and biased organization? 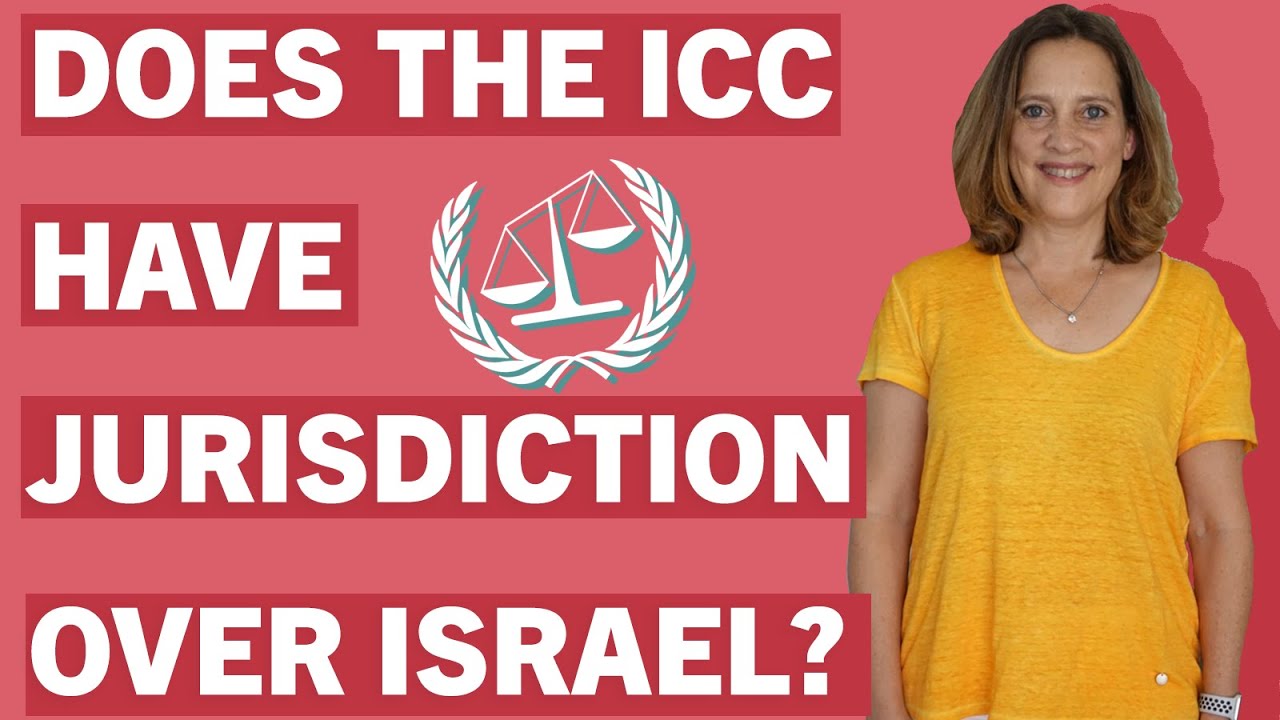 To look at these [Oslo] agreements as reflecting some kind of coercive measure intended to deprive Palestinians of their rights is really looking at it upside down. It’s exactly the opposite. 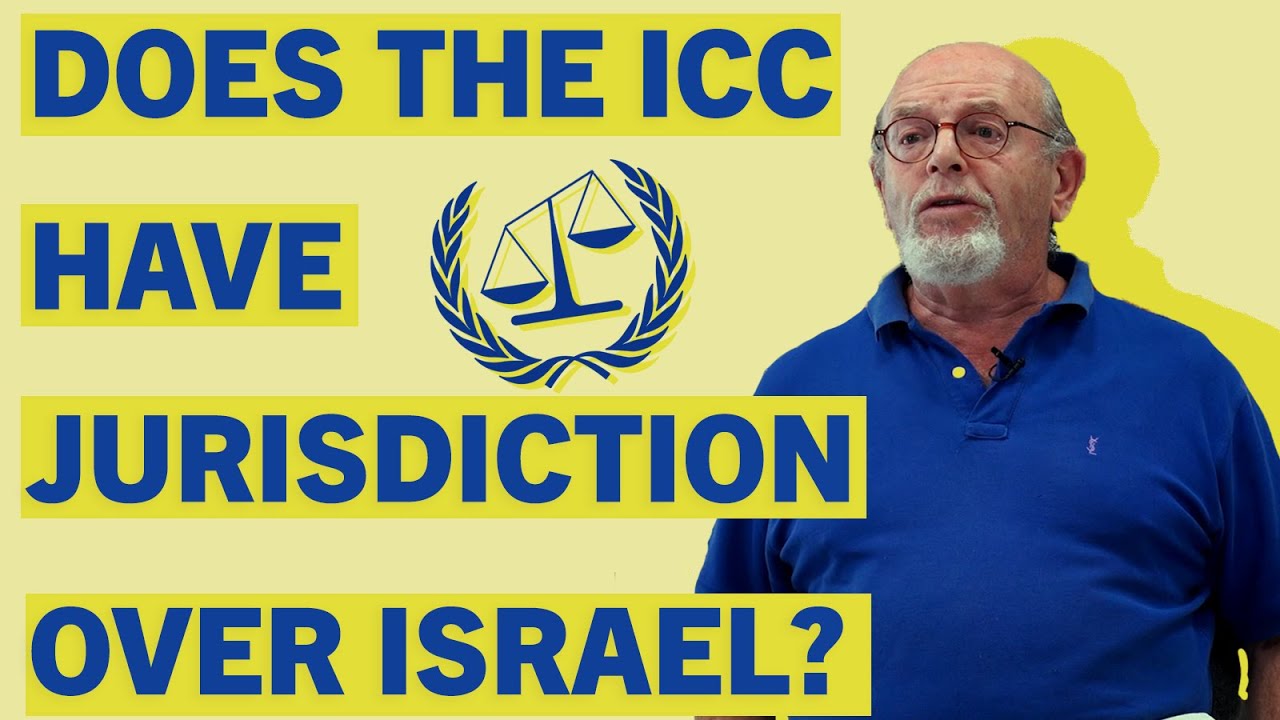 Clearly, any court, if it does not have jurisdiction, or if there are doubts as to whether it has jurisdiction, cannot take on a case. 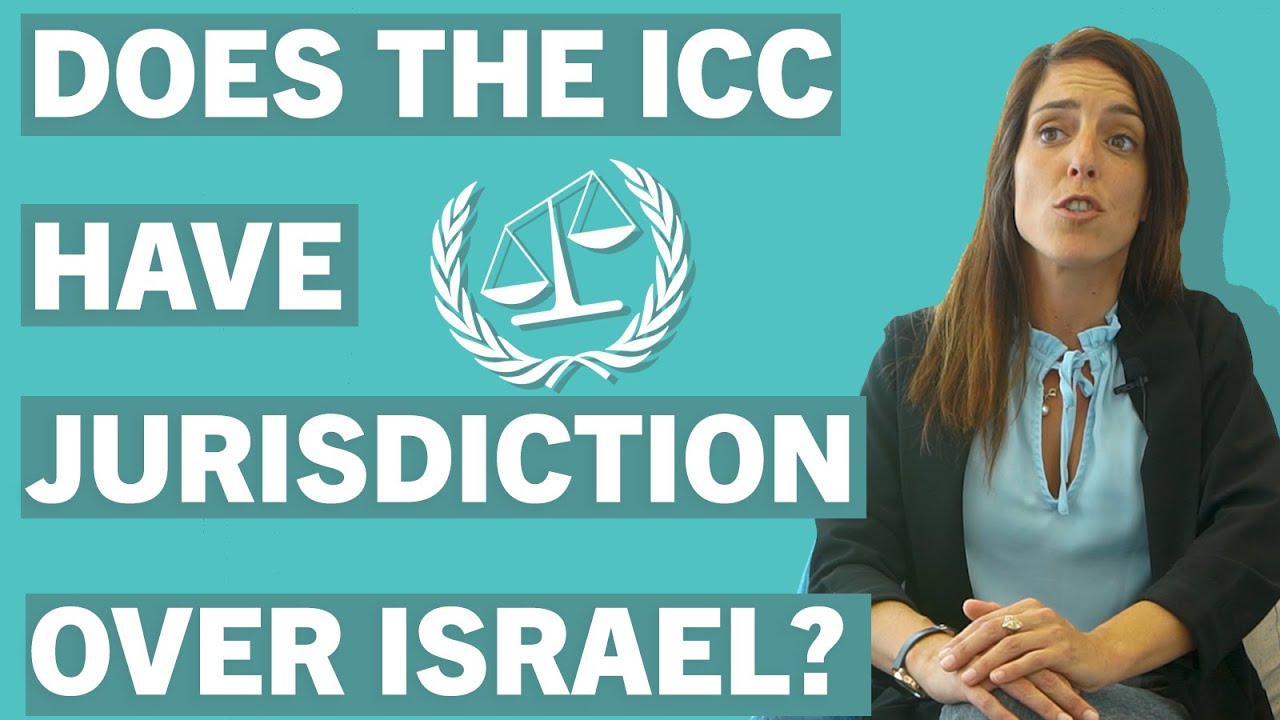 Israel has a valid legal claim to the territories and Palestine is not a state. What the international community has understood for many years is that this conflict must be resolved by negotiations between the parties and not by bypassing them. 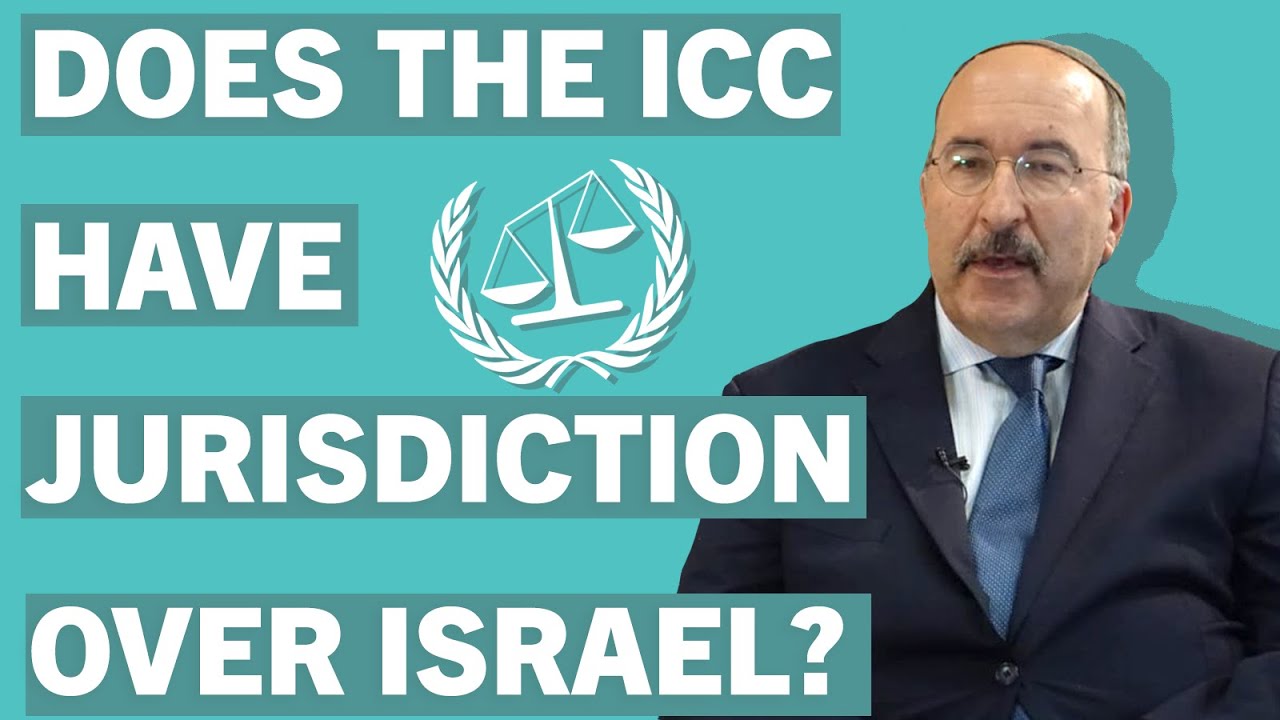 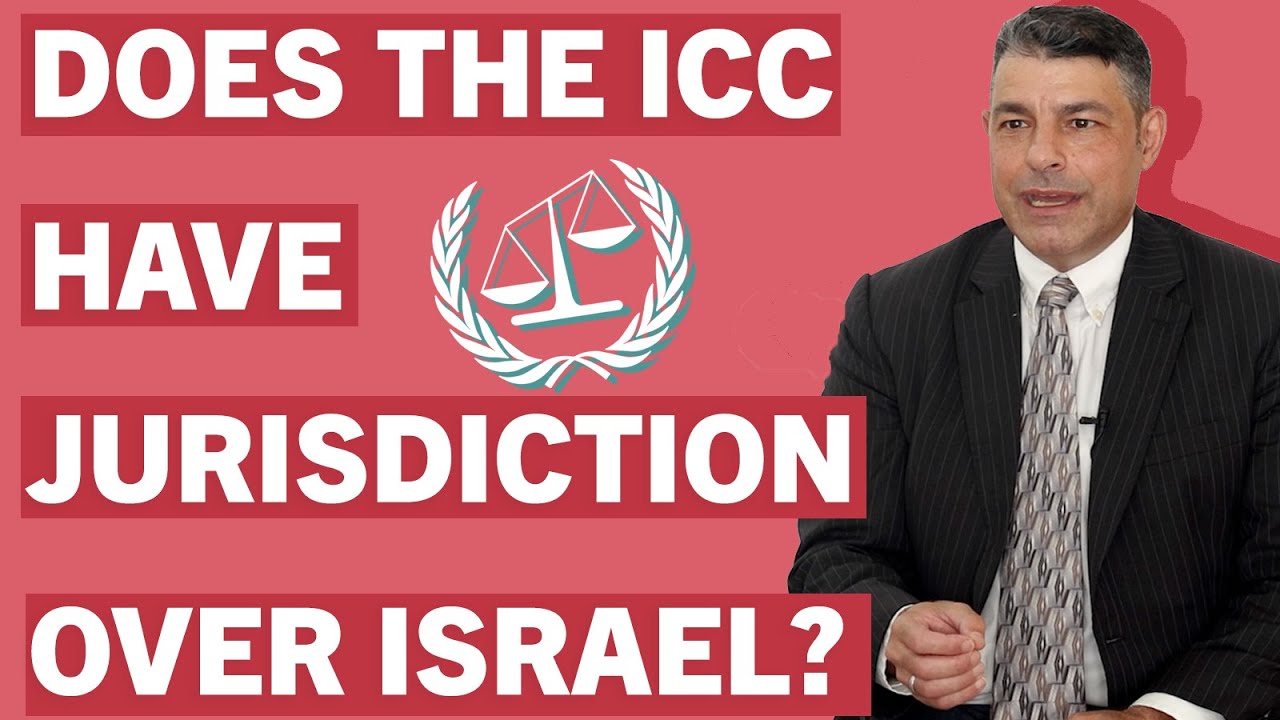 There is no uncertainty here. It is absolutely certain that the Court is stepping into completely new grounds here – it is making up a jurisdictional theory that has never existed before. 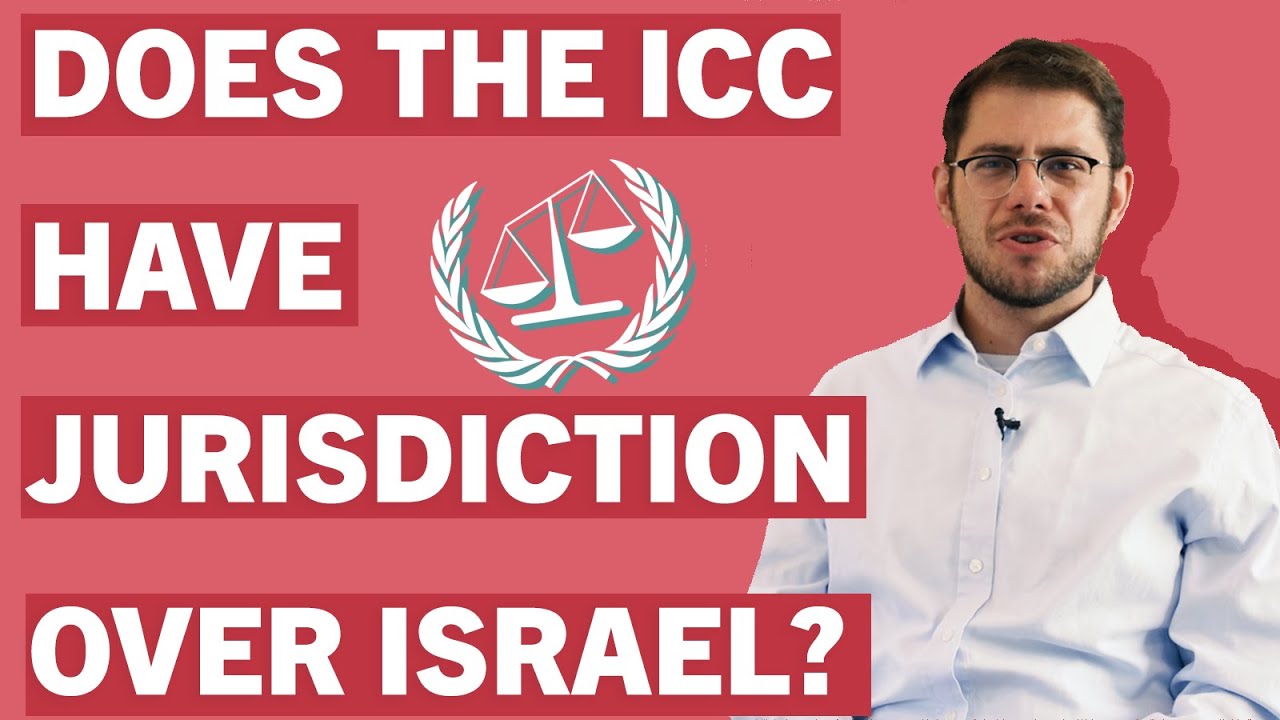 It’s very important to note that the treatment of this jurisdictional issue is absolutely unique. There is no other situation where any other entity that is not clearly recognized as a state has been admitted into the ICC.

The ICC and Israel: A Story of Politicization & Bias

What is the status of the Palestinian case at the ICC?

Following the Palestinian Authority’s controversial attempt in 2015 to grant jurisdiction to the International Criminal Court over “its territory”, the Prosecutor initiated a preliminary examination.
In December 2019, the Prosecutor announced that she intended to open an investigation into Palestinian allegations against Israel and the IDF, subject to confirmation by the Court’s Pre-Trial Chamber that it has jurisdiction over the West Bank, East Jerusalem and the Gaza Strip. The complex and controversial nature of the question of the Court’s jurisdiction in the Palestinian case, was emphasized by the Prosecutor in her request to the judges.
As explained in a detailed legal memorandum published by Israel’s Attorney General [here] , the ICC does not have jurisdiction in the matter, as only sovereign states may delegate jurisdiction to the Court over their territory. This view was strongly supported by key States parties to the ICC as well as by leading international law scholars and practitioners during the proceedings before the Pre-Trial Chamber.
On 5 February 2021, the ICC Pre-Trial Chamber has confirmed the Prosecutor’s claim that the Court has jurisdiction over the West Bank including East Jerusalem and the Gaza Strip
This ruling, which goes against accepted facts and mainstream legal principles, is a clear indication that the Court has capitulated to political pressure by the Palestinian Authority and anti-Israel groups.
Among other things, the Court has ignored the fact that the Palestinians are not a state under international law, in contravention of the Rome Statute, bilateral agreements and basic principles of international law, according to which only sovereign states may delegate jurisdiction to the Court.
By doing so, the Court has decided to take a position in an ongoing bilateral dispute regarding political issues, which have been set aside for negotiations. By doing so, the Court has undermined its judicial integrity and legitimacy.

What is Israel’s stance on the ICC decision?

The State of Israel unequivocally rejects the International Criminal Court’s decision.
Israel is not a party to the Rome Statute and has not consented to the Court’s jurisdiction. The Palestinian Authority is not a sovereign state that may delegate jurisdiction to the Court as required by the Statute. Therefore, the court manifestly lacks jurisdiction in this matter.
By ignoring the above, the ruling defies the Court’s own rules on jurisdiction and is contrary to international law, which lays down clear criteria for statehood that the Palestinians do not fulfill.
Accordingly, this decision has turned the Court into a tool in the hands of those who wish to de-legitimize Israel and serves as a prize to Palestinian terrorism and the PA’s refusal to return to direct negotiations with Israel. As such, it is sure to make genuine dialogue and mutual recognition between Israel and the Palestinians – the only effective path for bringing about peace between them – all the more difficult.
Such a ruling is also bad for the ICC’s ability to play a constructive role in achieving international criminal justice, which ultimately depends on the Court’s legitimacy. The Court cannot afford to be seen as acting out of political motivations or expediency. It must avoid giving the impression that it seeks to expand its jurisdictional limits beyond the mandate carefully prescribed for it and operate without judicial restraint.
Israel will do whatever it takes to protect itself and its citizens from illegitimate persecution by the Court.

Why is the ICC decision on the Court's jurisdiction politically biased?

As stated above, according to the ICC’s Rome Statute, only sovereign States may delegate jurisdiction to the Court. Because there is no Palestinian State, nor has there ever been such a state, the Court simply does not have jurisdiction in this case.
The judges’ rejection of the well-established legal principles submitted to the Court by leading member states and international experts, while preferring contentious arguments, based on a series of highly dubious legal propositions, is telling. However, this is not the first time that Israel has been singled out by this Chamber.
On 13 July 2018 – a year and half before the Prosecutor had even completed her preliminary examination – the Chamber impugned its judicial impartiality by ordering the ICC Registrar to initiate outreach to “victims and affected communities” in the Palestinian case. Needless to say, no similar instructions were ever given in any other preliminary examination in the history of the Court. The timing of the order raises additional concerns, as it was given at the initiation of the judges at a point in the proceedings where victims or communities hadn’t even been identified by the Prosecutor, who had yet to determine her view on the question of the Court’s jurisdiction.
To complement the troubling conduct of the Chamber, it is worth mentioning that throughout the preliminary examination, regular statements by Palestinian officials appearing in the media disclosed a high-level of collusion between the Office of the Prosecutor and the Palestinian Authority. Regular meetings of the Office of the Prosecutor with pro-Palestinian NGO’s, with known ties to terrorist organizations, have also taken place during this period.
Unfortunately, this is not the first time that Israel has had to deal with politicized international organizations being manipulated by anti-Israeli elements seeking to undermine and delegitimize the Jewish State.

Who benefits from the ICC ruling against Israel?

By embracing the Palestinian narrative, which portrays the conflict as one in which only the Palestinians have rights and only Israel has obligations, this ruling supports the Palestinian Authority’s refusal to negotiate with Israel, plays directly into the hands of terrorist organizations seeking Israel’s demise, and further strengthens propagators of antisemitism and de-legitimization against the Jewish State.

Who else has stated the ICC does not have jurisdiction in this matter?

The view that the ICC does not have jurisdiction in the Palestinian case is broadly supported, not only by key members of the Court, such as  Australia, Austria, Brazil, Czech Republic, Germany, Hungary and Uganda which submitted formal positions on the matter, but also by some of the world’s leading international law experts and practitioners. These States and scholars have strongly cautioned that proceeding with this situation will severely harm the integrity of the Court.

What is at stake as a result of the ICC decision?

The ICC was established to prosecute those responsible for “crimes that deeply shock the conscience of humanity”, in situations falling within the Court’s jurisdiction when the relevant state is unwilling or unable to do so.
This decision is yet another example of the Court illegitimately pursuing democracies with robust and effective legal systems that are confronting terrorism, and that have not joined the Court.
The decision of 5 February 2021 is evidence that the ICC has strayed from its original mandate and enabled its abuse as a political weapon at the hands of the Palestinian Authority and anti-Israel groups.
This decision contributes to a dangerous trend, which undermines the judicial integrity of the Court and has the effect of transforming it from a legal body to a political one.

State of Israel, Office of the Attorney General
Download Document

The Real Victims of the International Criminal Court

At the ICC, Hypocrisy and Anti-Israel Bias Reach New Heights

ICC’s Palestine ruling is a threat to international law

The ICC is playing politics by targeting Israel